When developers choose to use React Native as a platform for their mobile apps, they think about the benefits of one codebase for two platforms, increased development speed and advantages of TypeScript.

But what about application security?

Many articles claim that React Native apps are less secure. In this article, we shed light on React Native apps’ security based on our experience and explain some risks and threats developers should address to prevent typical mistakes.

Let’s start with the basics. What is React Native?

When looking at the React Native app from the security perspective, you need to analyze all its parts one by one, and the communication between them as well. It requires an understanding of iOS and Android native platforms, JavaScript engines, and the connection between them–the Bridge.

The Bridge is responsible for communication between native platform and JS engine. #

Read further to learn security considerations about each component.

The initial security advice for both native and React Native apps is the same: use native platform features appropriately.

Why do these issues arise?

OWASP analysis (Mobile Top 10 and MASVS) reveals that app developers have a foggy notion of each platform security specifics. When it comes to React Native developers, it is assumed that they should be aware of security implications for both platforms, so challenges multiply.

The collaboration of backend and mobile app developers is akey to producing secure mobile applications.

The downside is that the additional abstraction layer distances developers from app internals even further.

We help companies with mobile security engineering and end-to-end encryption. Read how we secured notes in Bear iOS and macOS apps using Themis: 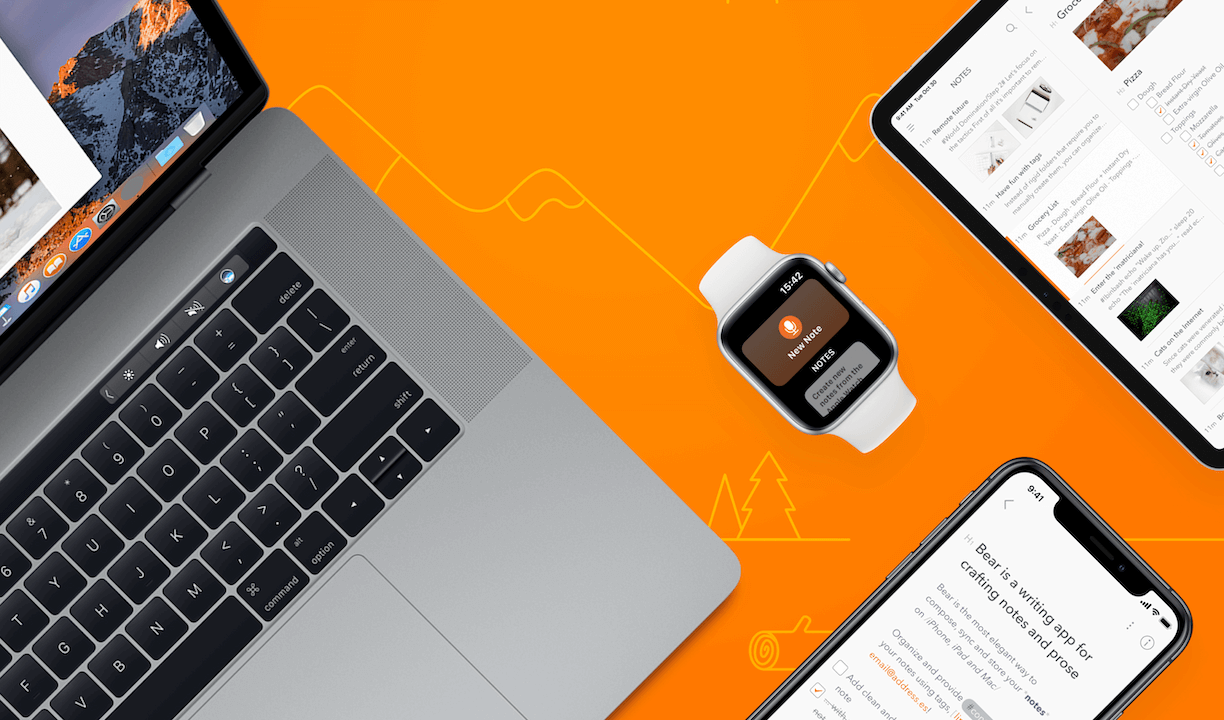 Encrypting data for Bear — the Apple Design Award-winning application while focusing on performance and usability.

React Native is a leaky abstraction #

iOS and Android applications have similar architecture, but certain features work very differently under the hood. React Native provides an abstraction layer that leaks details of implementation for each platform.

For example, let’s see how we can natively store sensitive data with SecureStore.

SecureStore module is a part of the popular Expo framework used for React apps in JavaScript and TypeScript. It provides a way to encrypt and securely store data locally on the device.

SecureStore uses Keychain to store the data in iOS. Keychain is an encrypted system storage that is persistent across app reinstalls. Keychain supports hardware-backed encryption with Secure Enclave starting with iPhone 5s (A5 chip).

It means that the devices, running two latest iOS versions (iOS 13 and 14), support hardware-backed encryption mechanisms. Generally, Keychain gets unlocked (decrypted) when the device is unlocked with a passcode, biometrics, or just by pressing the Home button.

Things are different for Android.

SecureStore stores the data in SharedPreferences, providing a way to encrypt it using Android KeyStore. Taking into account a wide variety of Android devices, your app may run on the one that doesn’t support a hardware-backed KeyStore. Values stored this way are decrypted on demand (when they are referenced). SharedPreferences storage is not persistent across app reinstalls.

Comparison of SecureStore internals: it works differently for iOS and Android. #

Such significant differences mean that even if developers use SecureStore to abstract away from the native platform, they will still end up implementing platform-specific security features:

This example demonstrates the importance of understanding how the internals of React Native components work with native features, especially when they are related to security controls.

Should you trust React Native platform? #

React Native platform is a third-party framework developed by Facebook. When making apps for iOS and Android, developers trust functionality provided by the iOS and Android systems, their libraries, their hardware. Adding the React Native framework means adding another party that should be trusted as well.

iOS apps consist of the native code (aka “native part”) and the React Native part. While the native part and the Apple JavaScriptCore engine are based on native system functionality, the internal logic of the Bridge is created and supported by Facebook.

Who knows what Facebook code is inside The Bridge? #

There are no custom production-ready alternatives to JavaScriptCore at this moment. However, Apple doesn’t prohibit their usage.

React Native applications for Android use a custom JavaScript engine called Hermes (starting with React Native 0.60.4). Hermes is created by Facebook and optimized for running JavaScript on Android.

The advantage of a custom JavaScript engine is the improved handling of JavaScript code—it’s possible to compile JavaScript into a binary file and use it.

iOS application bundle, on the contrary, contains a JavaScript code file, which is a plaintext JavaScript source of the application. It is not obfuscated, just minimized, making it one of the potential sensitive assets.

Facebook becomes a part of supply chain for React Native apps on Android. #

On the other hand, using a custom JavaScript engine can be a disadvantage since it might become another source of unexpected security behaviour by itself.

When a significant number of applications have the same component, this component has a higher chance of being targeted by an attacker.

Also, it is not guaranteed that third-party components will be aligned with native functionality updates.

This can lead to various bugs, including security-related ones. Imagine that a regular iOS update changes something in the JavaScript engine and breaks communication between the native source code and JavaScript source code. As a result, the app becomes nonfunctional.

As React Native apps are using JavaScript, ReactJS to be more specific, the security analysis of RN apps includes a search for typical JS-related vulnerabilities, like XSS attacks.

Generally, the attack surface is pretty wide for pure JavaScript applications. It narrows down for ReactJS, and it narrows down even more for React Native.

For example, React Native source code doesn’t use HTML elements (as opposed to Cordova apps). Typical browser-based XSS vectors (f.e. based on href attribute) are relevant for ReactJS but not for React Native. It makes sense because React Native apps are not browser-based, they only run JavaScript code.

Even though React Native apps are associated with an adequate level of protection against XSS attacks, developers can use potentially dangerous API in JavaScript code, like the eval() function.

The code below shows how to steal all the data from a local storage (AsyncStorage) by exploiting eval-based injection and accessing React Native APIs:

Eval-based injections work when it’s possible to pass a malicious string (like above) for a dynamic evaluation (either when JavaScript code calls eval directly or indirectly ). 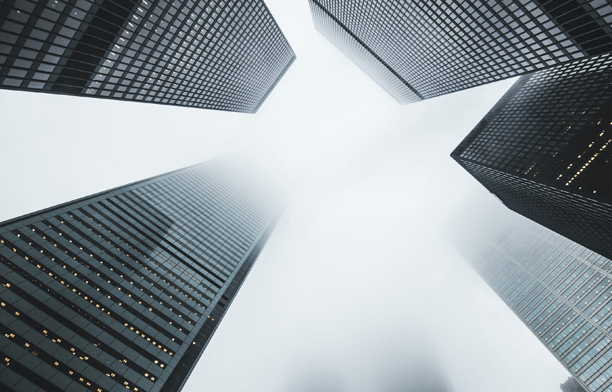 React Native creators promote the “Learn once, write anywhere” approach. As a result, many developers avoid writing features in native code in favour of React Native. Even if the required feature is not presented in the React Native SDK, it is likely to be already implemented in some community-driven modules.

Therefore, React Native applications tend to contain more than a dozen dependencies. Each dependency can have other dependencies underneath. A couple of dozens is turning into hundreds.

Continuous dependency scanning and patching is an essential step in Secure-SDLC and automated security testing of React Native apps. However, developers tend to postpone updating dependencies with potential security issues, because dependencies are often heavily interconnected with each other and once updated cause updates for the others.

Many tools help in automating the update process (f.e. Dependabot ), but manual work always remains for modules that can’t be updated easily.

If one of the app’s dependencies has a reported security issue and can’t be easily patched, consider the following:

Be ready to react #

React Native is an open-source platform, which means that sometimes developers fork the original repository and build apps using their own React Native fork. The decision to use a forked repo can introduce new bugs and affect the speed of addressing updates from the original repo.

iOS and Android ecosystems themselves are also updated quite often, and it takes time for the React Native platform to support the changes. It takes time for forked repos to pull off changes from the original repo. Then it takes time for dependencies to be updated. And only after all these updates developers can start updating their apps.

If developers want to use new iOS/Android features, they need to wait till React Native and libraries are updated. #

When choosing React Native as a platform for mobile applications, accept the risk of delayed updates (compared to pure native apps) and increased MTTD/MTTR, and prepare a remediation strategy.

✔ Mind the React Native specific vulnerabilities. React Native applications introduce new unique threat vectors that should be mitigated. Investing time into a proper risk assessment exercise, having a Risks and Threats Model (based on things you’ve learnt here) will help your team to visualize the security landscape and simplify security decision making.

✔ Accepting timing risks. As React Native apps depend on a React Native platform and typically have numerous dependencies, updating them is not as quick as updating native apps (including security updates). Regular “maintenance and updates” sprints and response to critical issues should be a part of a product security strategy.

Struggling with mobile app security?
Get assistance from our engineers.

Mobile apps written with React Native can be well-protected. It has its own cost and additional risks.

To make your app secure, you need to follow the best practices of Secure Software Development Lifecycle, define and address possible risks, plan your security controls, and prepare a remediation strategy.

Invest your time in building a threat model for your application as it helps to bring together security and usability of the app.

If you’re struggling with app security, you’re not alone, feel free to drop us a line to get some assistance.